• The “Schrödinger’s Cat” is a thought experiment in quantum physics made up by physicist Edwin Schrödinger in 1935. In the experiment a cat can theoretically be both dead and alive as long as no one looks at the result of the experience. It’s the external looking that makes the cat live or die.
• Antique egyptian mummification techniques allowed to ensure life in the other world, in the after-life.
• Thus a mummified cat is both dead and alive and makes the imaginary experiment real/possible.

Done in the context of the retrospective of Allan Kaprow’s work, A fantasy for Allan Kaprow, in Cairo. Kaprow’s happening were only visible as a spectator if one was willing to participate. The external spectator did not exist for him. The antique mummy is linked to contemporary art via quantum physics. The cat is dead in 'Life' but alive in 'Art', crossing the well know and everlasting boundary between the two aspect or our reality. 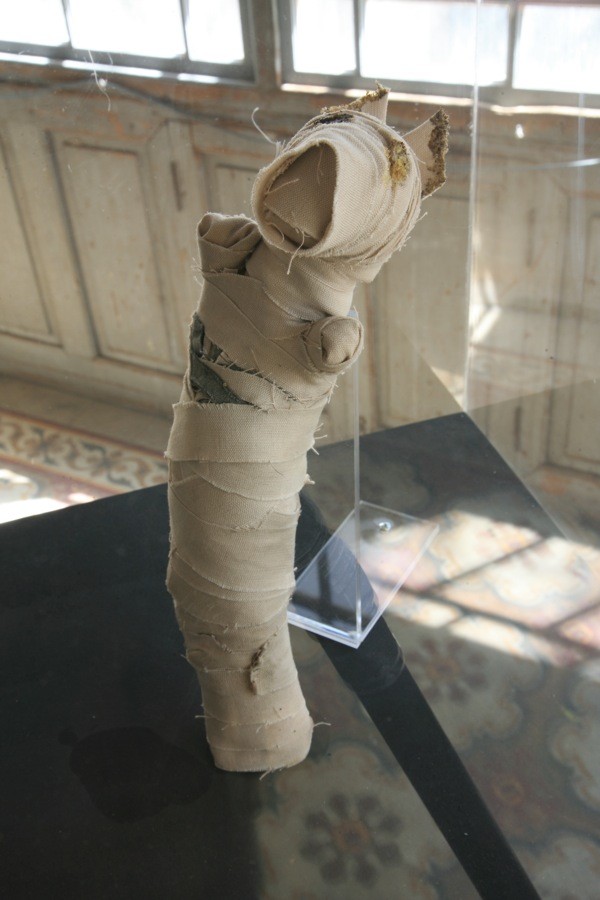 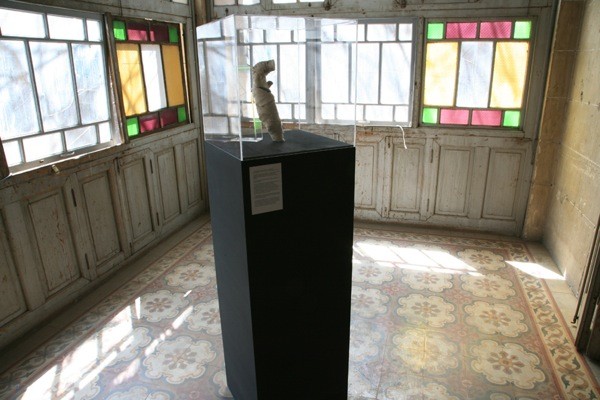