In the early 2000, a lot of articles in the press point out to how China is becoming the workshop for the world. In french, the word ‘atelier’ is used to mean ‘workshop’ but also ‘studio’ as in ‘artist’s studio’. What kind of object a cultural project could let produce in China?
Monochromes (easy to make)
Square and red (communist, ‘the Red Square’)
Companies in China usually don’t produce under 1000 pieces.
China is synonymous with low prices. The paintings are sold at FIAC in Paris on a booth conceived as a supermarket, at 100€ each.

Before even arriving in Europe, 350 paintings are sold, and the remaining 650 during the pre-opening. Result: an empty booth during the fair. A book Rapport d’activité, published in 2006 draws the many contours of the project: statistics, pictures from the booth and from the collectors, and the first chapter of Arthur Danto’s The transfiguration of the commonplace. 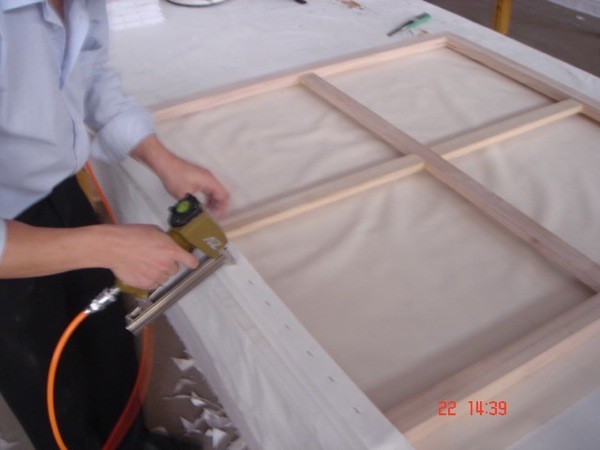 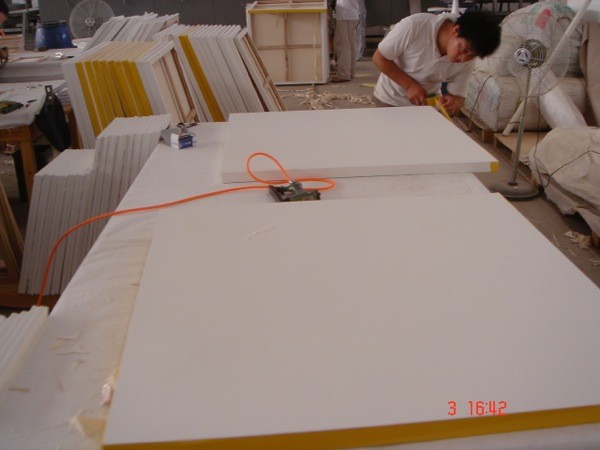 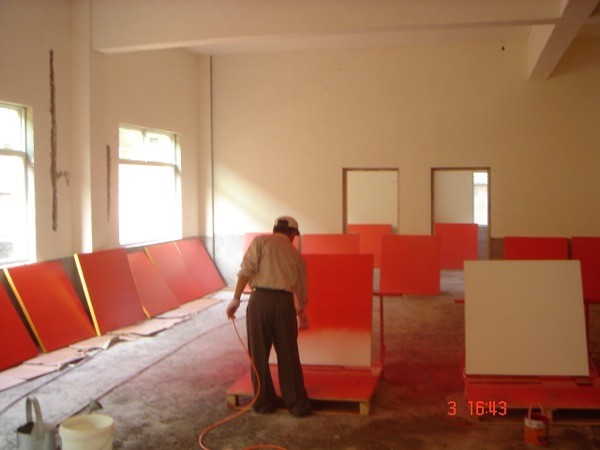 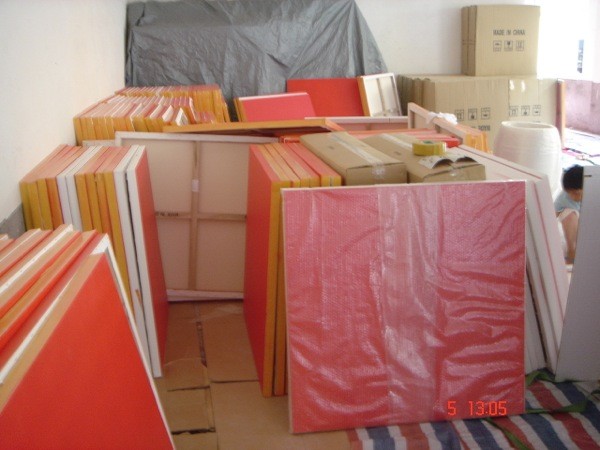 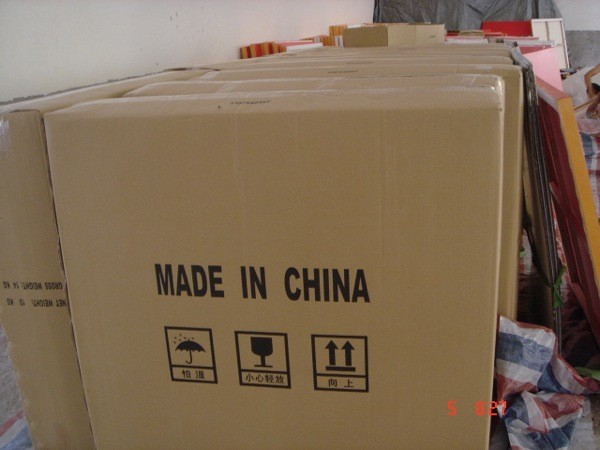 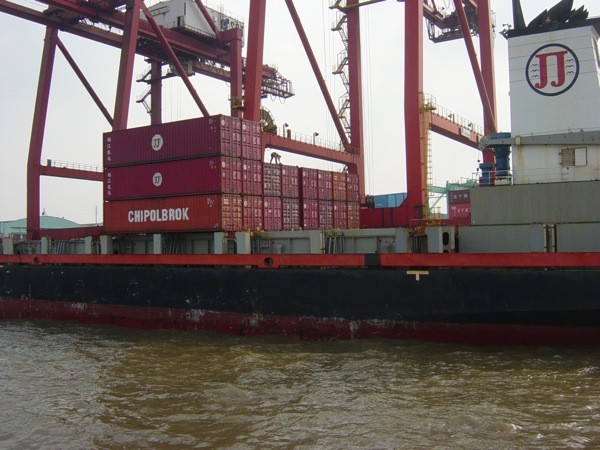 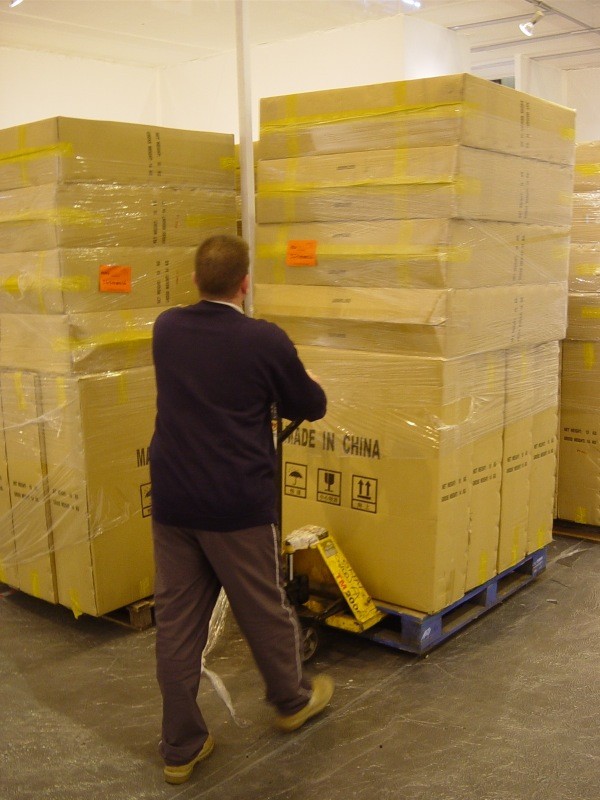 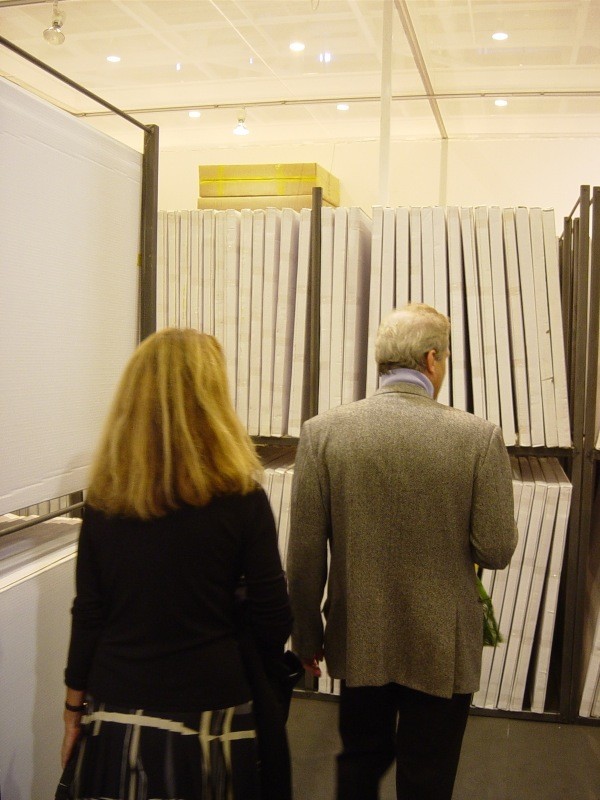 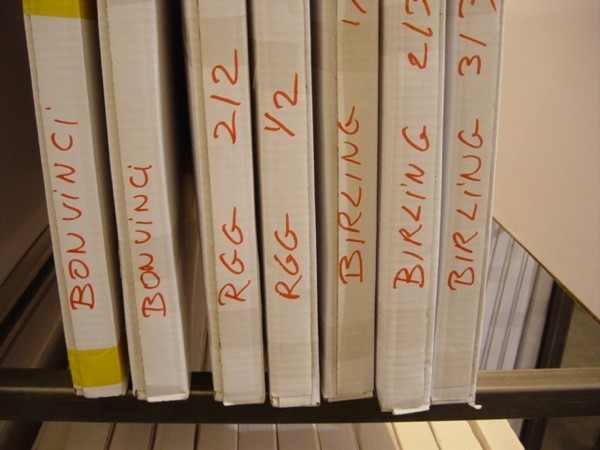 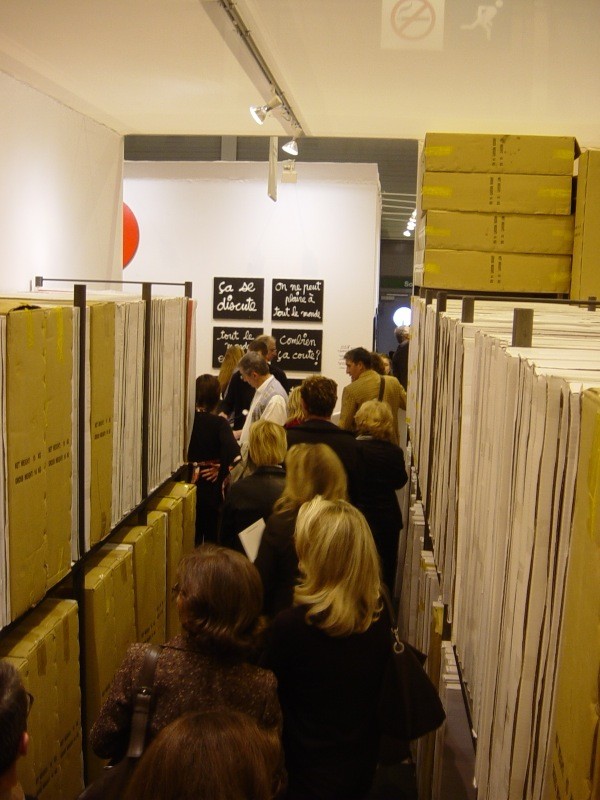 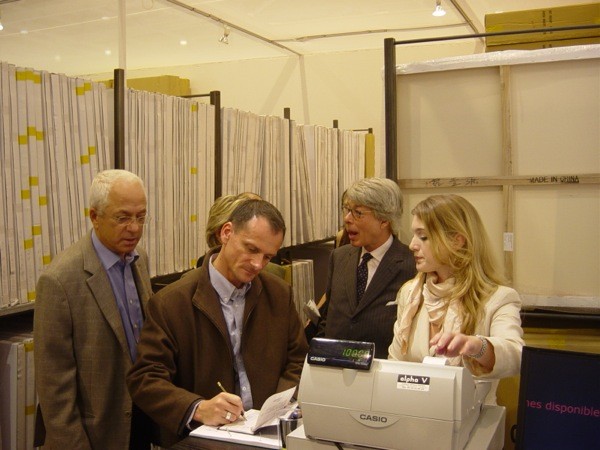 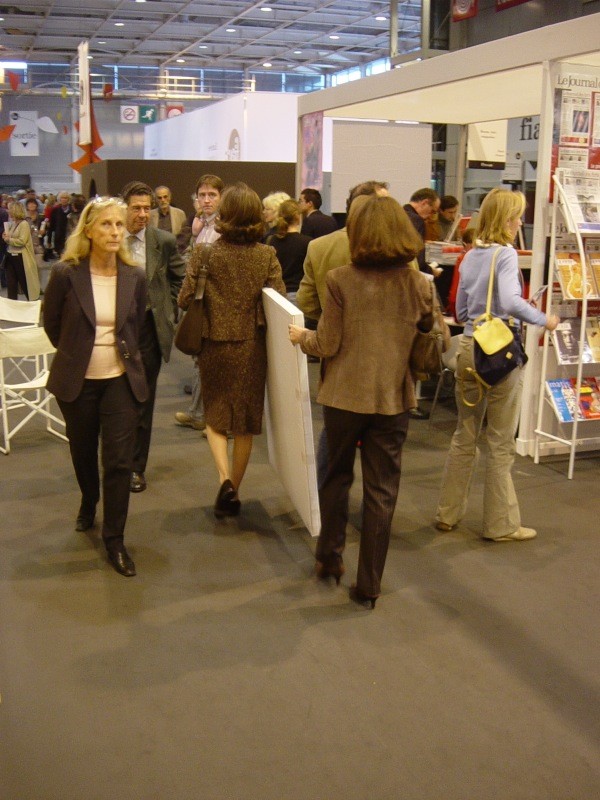 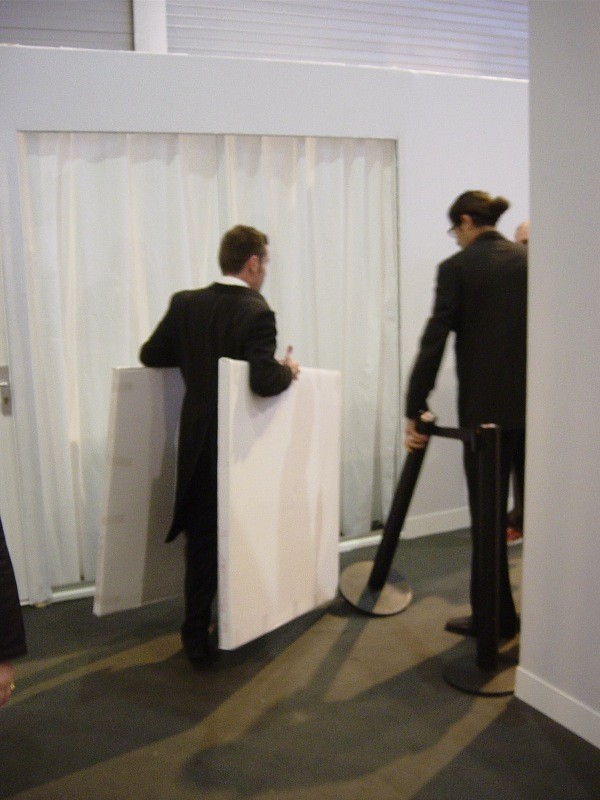 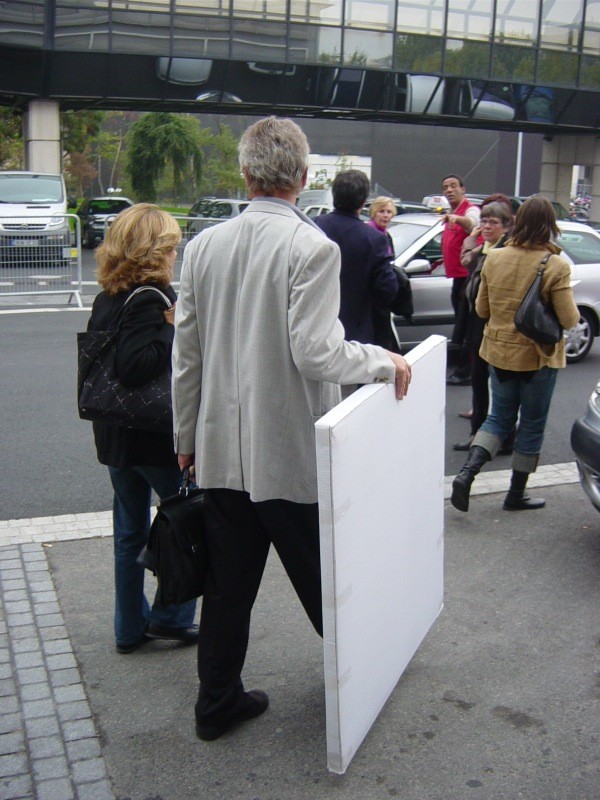 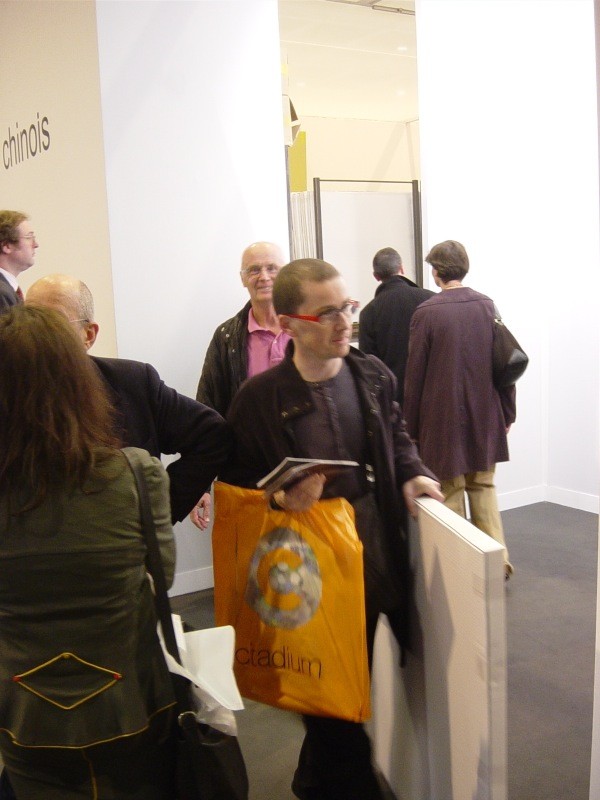 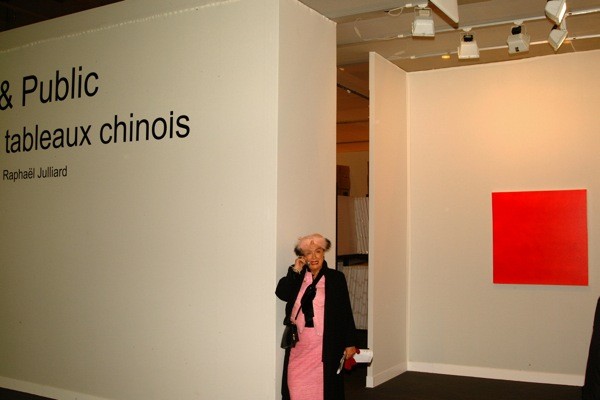